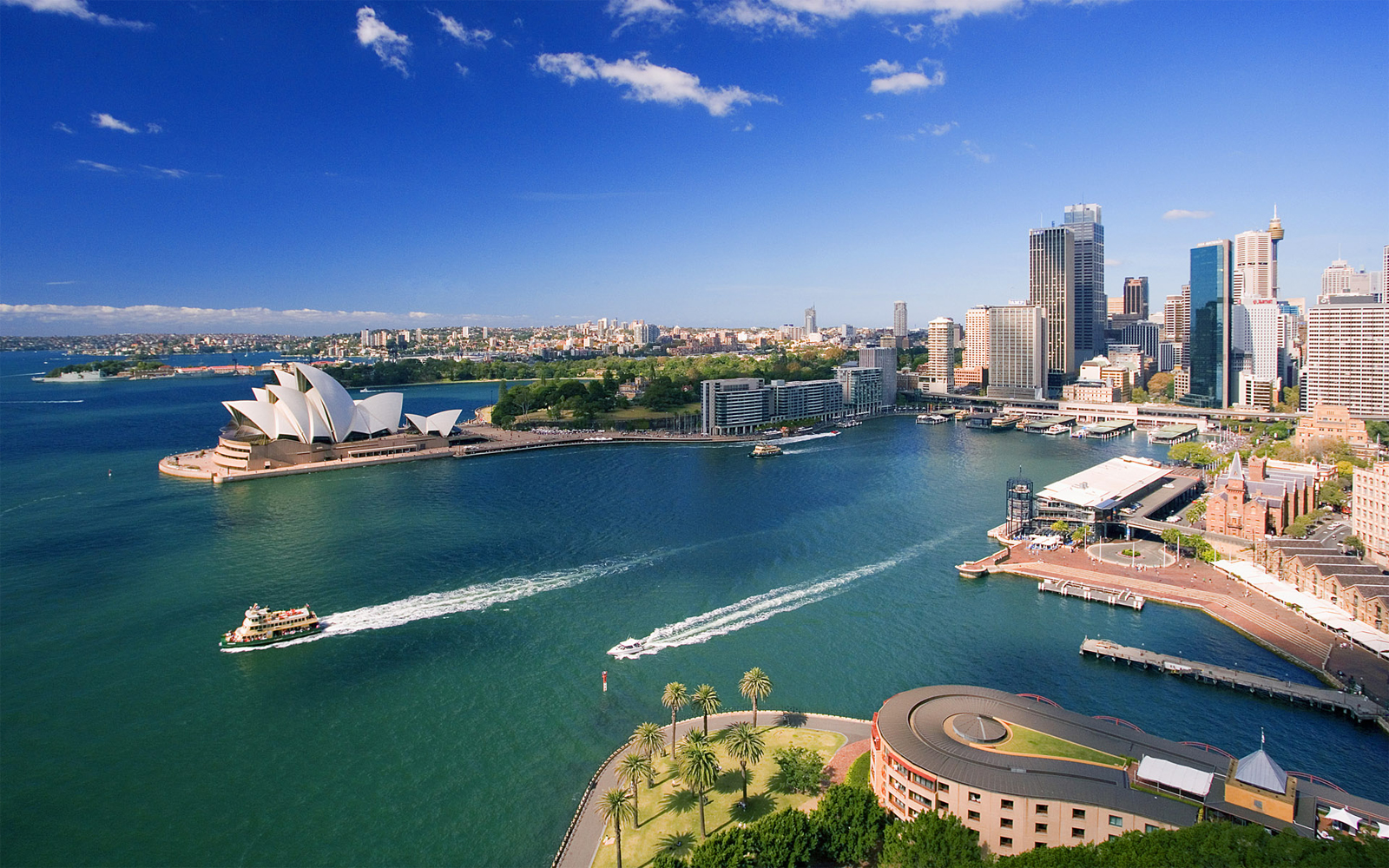 Sydney the oldest, biggest, and most beautiful of all Australian cities, lies amid a seductive intermingling of land and sea. Glide along the glittering harbor on a ferry, see the white sails of the Opera House gleaming in the sunshine, admire the graceful arch of the Harbour Bridge, and it’s hard to imagine this vibrant state capital of New South Wales was once a convict colony. 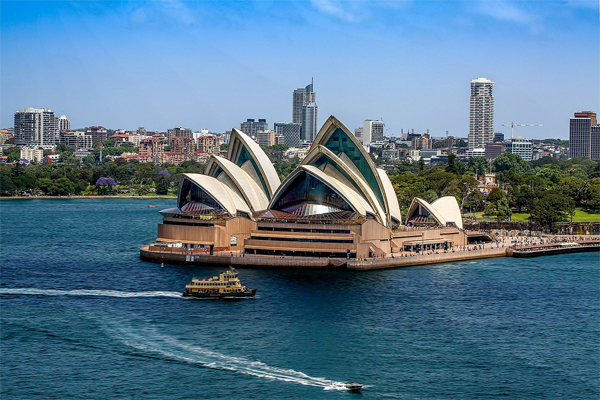 One of the world’s great icons, the Sydney Opera House is a UNESCO World Heritage Site and the star attraction on the glittering harbor. This graceful building, shaped like shells or billowing sails, perches on a finger of land surrounded by water. 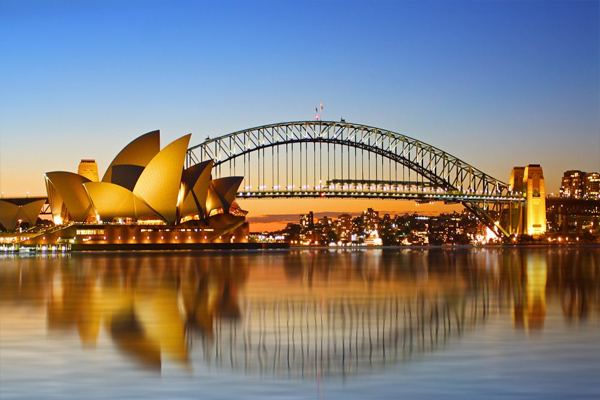 The Sydney Harbour Bridge or “Coathanger,” as locals call it, was the city’s best-known landmark prior to construction of the Sydney Opera House. Supported by massive double piers at each end, it was built in 1932 and remains the world’s largest steel arch bridge, connecting the harbor’s north and south shores in a single curve rising 134 meters above the water. 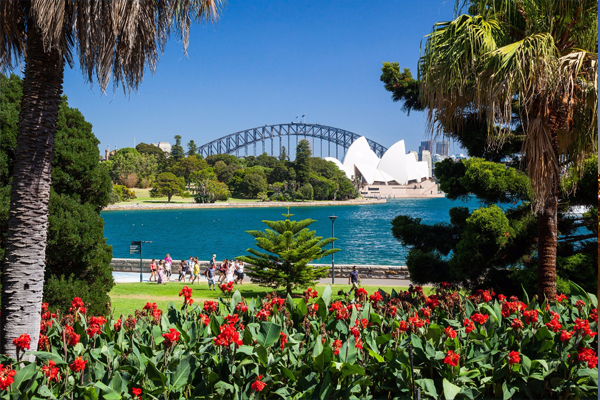 A tranquil oasis amid the hustle and bustle of the city, the Royal Botanic Garden at Farm Cove lies a short and scenic stroll along the waterfront from the Sydney Opera House. The gardens were established in 1816 and encompass 30 hectares of themed gardens with towering trees, palm groves, orchids, ferns, and flocks of fruit bats. Visiting the gardens is one of the many wonderful things to do in Sydney for free 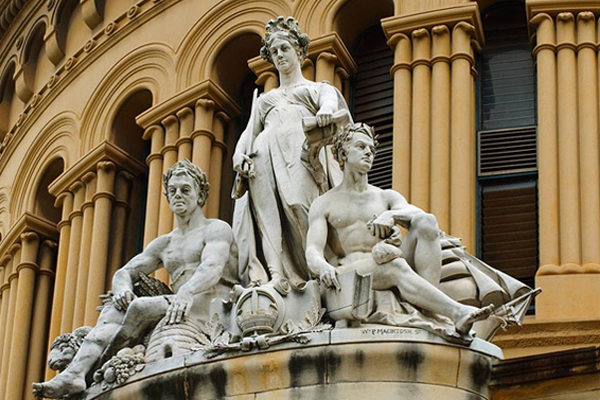 A high point of Sydney shopping is the Romanesque-style Queen Victoria Building (“QVB”), linked by underground arcades with Town Hall Station. It’s worth a visit, even for those who shun the shops, just to admire its successful restoration, as well as its beautiful stained glass windows and mosaic floors. 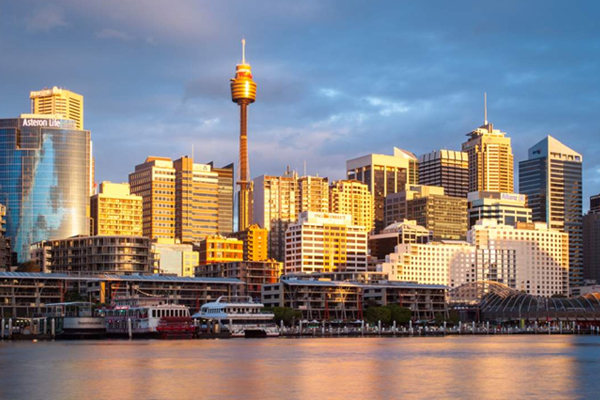 Soaring above the city skyline, the 309-meter-high Sydney Tower Eye is the city’s tallest building and one of its great landmarks. This golden spire-topped turret rises from the busy Centrepoint shopping mall. 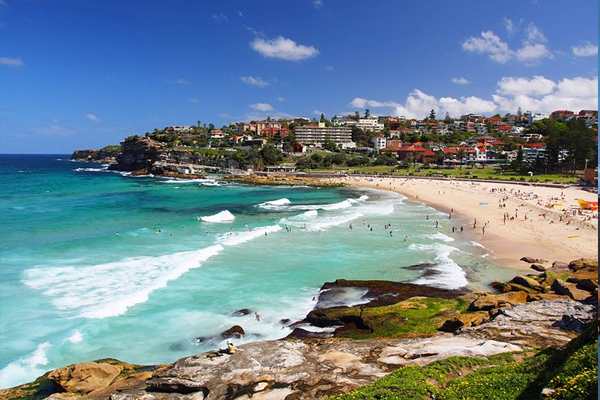 Sydney is famous for its fabulous beaches. Tucked around the harbor are many sheltered coves with calm water and sugary sands. Less than a 15-minute drive from the city, iconic Bondi Beach beckons with its great surf, café scene, and cosmopolitan vibe. 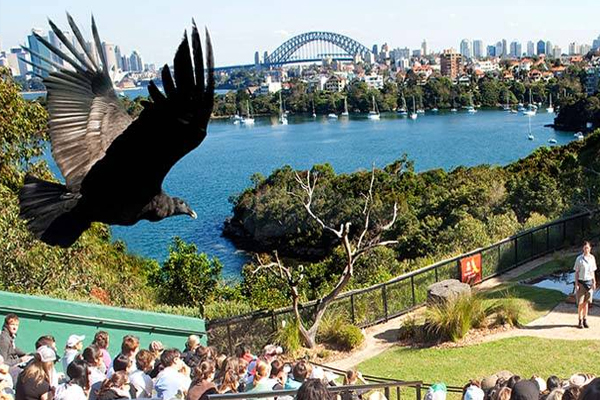 At Taronga Zoo, you can enjoy close-up encounters with iconic Aussie wildlife and other animals from around the world, plus superb views of the Sydney skyline. Nestled on a point along the north side of the harbor, the zoo inhabits prime Sydney real estate in the posh suburb of Mosman. 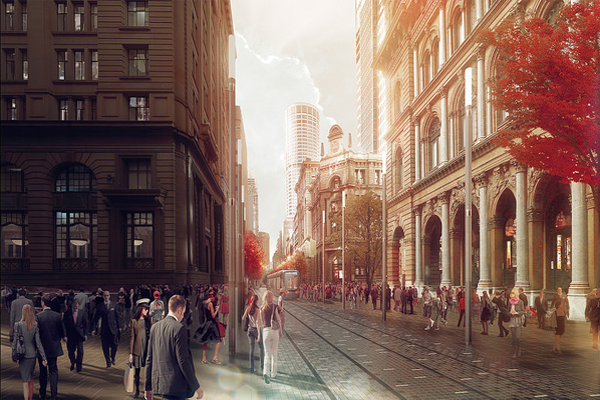 The oldest street in Australia, George Street was once a nameless track trodden by convicts fetching supplies of water. Today, it’s one of the city’s major traffic arteries, where high-rise office blocks, shops, and historic buildings converge in an incongruous jumble. 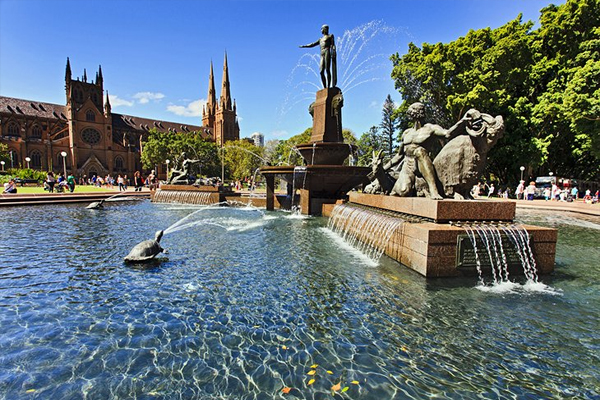 Amid all the din of the central business district, Hyde Park is a sanctuary of sprawling lawns, shady picnic spots, flowers, fountains, and fig trees. Like a mini Central Park, this welcome patch of green, named after Hyde Park in London, offers prime people-watching – especially at lunch when city workers come here to kick off their shoes. 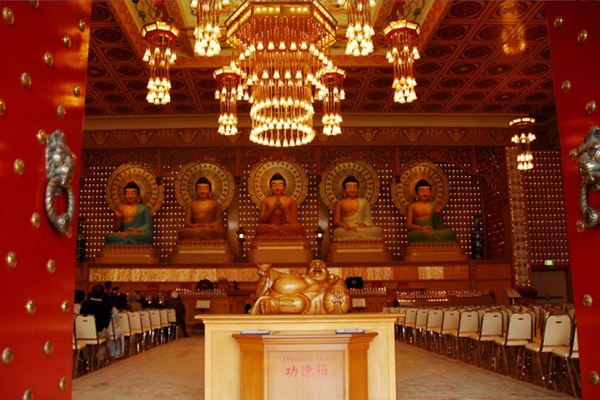 Inhale the fragrance of sizzling Szechuan spices, shop for Chinese specialty items, or feast on authentic Asian cuisine at Sydney’s Chinatown. Framed by lion gates at each end, this small district lies in the pedestrian zone of Dixon Street between Darling Harbour and Central Station. Yum cha is a popular pastime here.